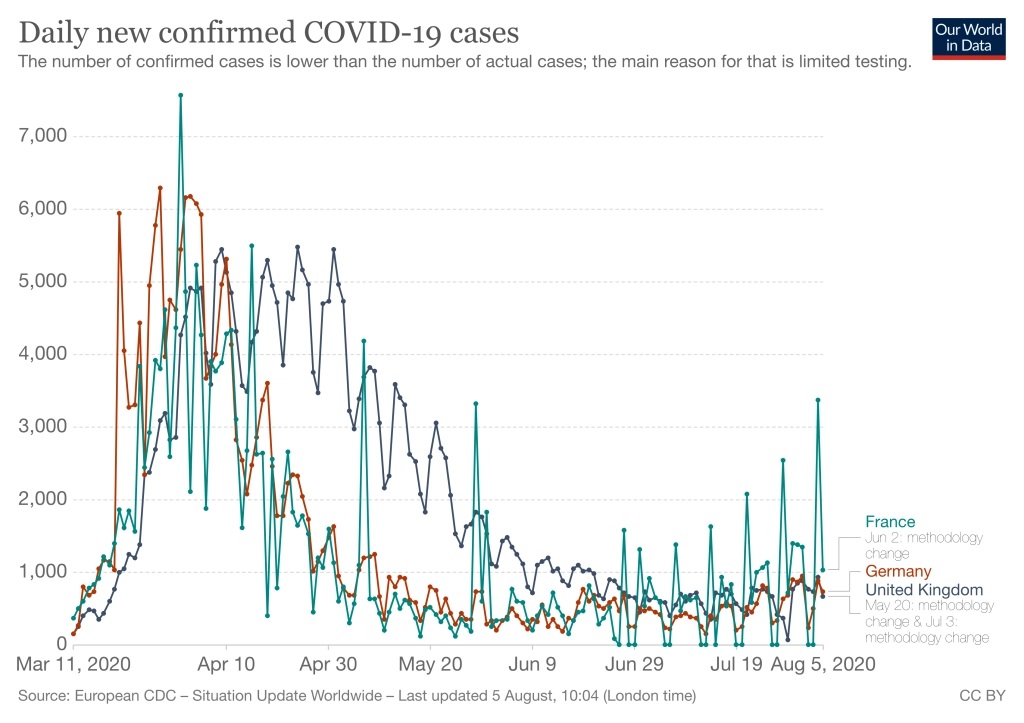 The British government has pushed back against lawmakers who, in a damning cross-party report, accused it of dithering over border controls as the COVID-19 pandemic gathered steam in March—dooming thousands of people to infection as a result.

The U.K. only instituted strict entry controls in early June, when it started requiring everyone arriving in the country to self-isolate for two weeks or face fines. This was nearly three months after many other countries introduced controls requiring quarantine or at least health screening on arrival.

The country had imposed some controls on people arriving from China, Iran and Italy quite early in the crisis, in February and early March, but then it abruptly lifted them on March 13. The U.K. went on to be hit harder than any other European country, with a death toll that currently stands above 46,000, and a confirmed infection count of 306,000.

Why did Boris Johnson's government make that fateful mid-March decision? That's what Parliament's Home Affairs Committee wanted to know, and on Wednesday it delivered its verdict.

"The Committee was unable to find any scientific evidence to justify this inexplicable decision and says that the failure to have any special border measures in place in mid-March was a serious error," it said in a Wednesday statement.

"Had stronger early measures been taken—such as requiring legally-enforceable quarantine for arrivals—it is likely that the spread of the virus could have been slowed," the committee stated in the accompanying report. "The failure to advise people travelling or returning from Spain in particular to self-isolate for 14 days… or, at the very least, to monitor symptoms and call [the National Health Service or NHS's hotline] was a mistake."

The Home Office—the government department responsible for border controls—was quick to hit back.

"The Home Affairs Select Committee are incorrect in their assertions," the Home Office said. "All of our decisions throughout the pandemic have been guided by the science, with appropriate measures introduced at the right time to keep us all safe."

"And with passengers numbers significantly reduced, the scientific advice was clear that quarantine measures for those entering the country from abroad would be most effective when the U.K. has a lower level of infection. Therefore, as the virus was brought under control here, border measures were introduced on June 8 to protect public health and help avoid a second peak that would overwhelm the NHS."

U.K. COVID cases (dark blue line) have shown a different trajectory from that of its European neighbors. Some health experts blame the U.K.'s protracted curve on its hesitance to act in the initial weeks of the outbreak.

Indeed, many experts have pointed out that border closures have limited effect when a virus is already rampant in the community, and have argued that the focus under such circumstances should be on testing, treatment and contact-tracing.

But the committee rejected the Home Office's argument about passenger numbers in its report.

"Although passenger numbers started to fall, a further one million people were to arrive between 13 March and lockdown on 23 March, and possibly hundreds of thousands more by mid-April. That is likely to have included thousands of people with COVID-19," it said.

The Home Office countered that it had not in fact dropped isolation guidance on March 13, but rather that this guidance had been "superseded by the national stay at home guidance."

"As has been explained to the committee, this meant that anyone entering the country, like the rest of the population, was required to self-isolate if they developed symptoms," the department said in response to the report.

The problem there is that the government only introduced a proper lockdown in the U.K. on March 23. That 10-day gap—with no national lockdown and no strict border controls—"was a serious mistake that significantly increased both the pace and the scale of the epidemic in the U.K., and meant that many more people caught COVID-19," the committee wrote.

Medical experts seem to be on the committee's side.

Andrew Freedman, head of Cardiff University's School of Medicine, said in a statement that it is impossible to be "certain how many fewer infections there would have been, had things been done differently," but "it is hard to disagree with the conclusion that the removal of any requirement for arriving travelers to self-isolate in mid-March, as well as the lax arrangements earlier on, did lead to a large influx of imported cases."

"The U.K. policy was clearly at odds with those of many other countries in Europe and around the world."